From my photo diary earlier you could see I was in Delft! Not just to eat sushi (I tend to eat a lot of sushi it’s a theme I know) but also to make photos! This time of Sven Hammond Soul playing on Delft Jazz. This all organized by Duvel Vibes. He was not alone though he brought two talents: Tim Wes (sax) and Yannick Hiwat (Violin). AWESOME.

I was backup for Dimitri Hakke by the way. Who was being rockstarphotographer at Lowlands. Priorities you know. You can see what he made there here (click). Left is Sven, right is Yannick! Happy campers! And very easy going. They weren’t troubled at all by me being in their faces all the time! Just before soundcheck. Lots of laughing and goofing around. 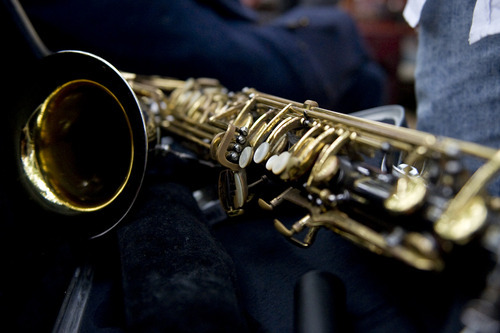 Both Tim and Yannick were just walking around with their instruments. Tim would now and then play just ONE note which was completely spot on with whatever was happening on the stage. Very cool to witness! I love how Yannick somehow managed to make a violin funky. He had tons of pedals with him (which the audience was stretching their necks to see). Obviously there was a Hammond ;) 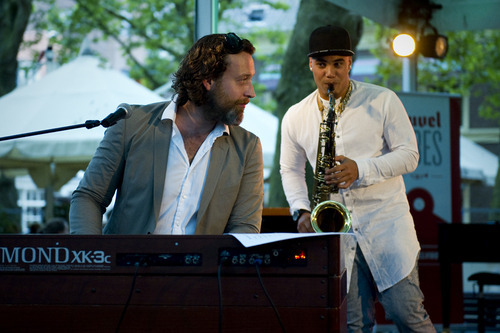 One of the things I enjoy about concert photography is to capture interaction. Specially the kind that is very much music/bandrelated and not so much ‘clap your hands guys!’. 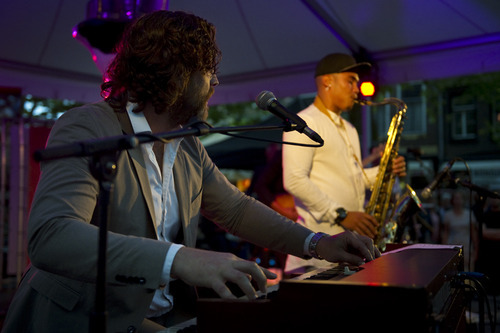 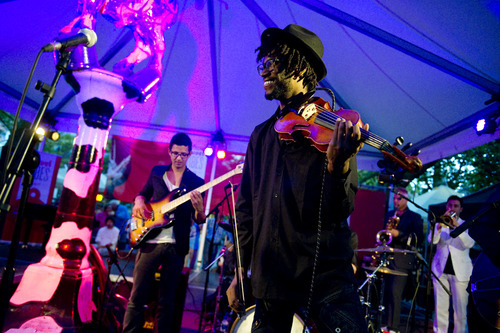 Yannick was a very interesting subject to photograph hah. I dont get violins that often! 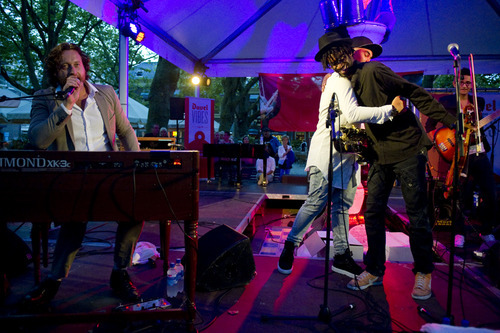 It was veryc ool to see they had so much fun! It was an amazing show and they instantly got everyone dancing.

Thank you Dubel Vibes for having me over, and thank you Dimitri for asking me to be your backup. Honored!