Wow so much to blog all of a sudden ;) The lovely people from the Popunie invited me to Wantijpop again, which was great! My favorite bands were The Hot Stewards and Peter Pan Speedrock (to take photos of that is hah). 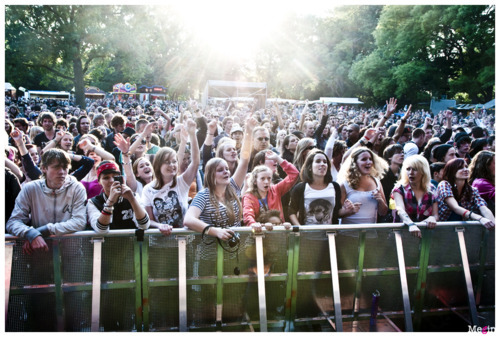 Ok I lied, the audience was just AWESOME. I mean just look at that?! I can’t remember the name of this band to save my life, something with ‘orkestar’ but they were so much fun, and HAVING so much fun! Also I kinda love his pants. 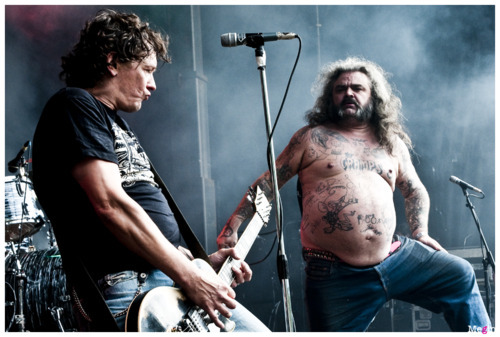 Peter Pan Speedrock brought along ‘Dikke Dennis’. I have to admit I think he’s kinda scary, but the smoke and the light make him look very, well, filmish. This jump! I don’t think anyone beat that jump for the rest of the festival! This is Roger Steward from The Hot Stewards. Obviously a good show to check out! 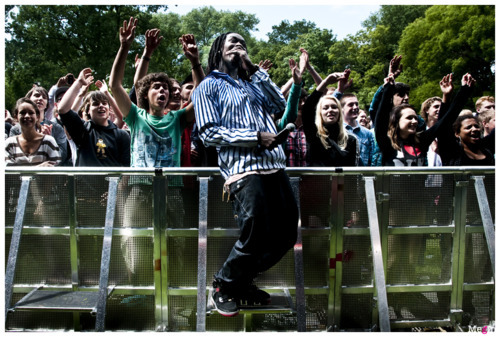 This is Zwart Licht, or at least one of them. See that crowd? This was the first show of the day and just before it was -pouring- with rain. Nevertheless it was one of the most energetic performances I saw that weekend!

Apparently there is no more money for the Popunie, and also not for this festival. Not so cool, if you ask me. You can help out by signing a petition asking the government to rethink this here.