Later during the summer, the Popunie hosted the visit in Holland for Stage Europe as possible. For the bands 10, for me only 5 intense days of great fun. The bands were mixed into international acts and had to write and record their songs. But they also played a gig in their original forms on Westerpop, and much more! This was actually the first photo I took, and pretty much sums up how most of the musicians were feeling by the time I arrived ;) 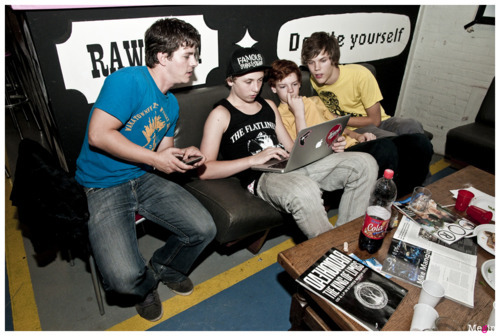 Two Dutch bands joined the SEN program, Fexet who I already met in Bremen and during the finals of the High School Music Competition, and Roufaida & Pluck who I knew as well from the same finals! The guys from Fexet spent every single minute playing, working or partying. Respect! 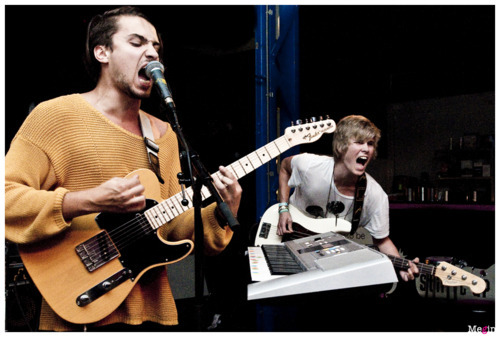 The band from Norway was switched for these guys: Memetics. Again: awesome! Check out that bass player! Woo! These are the Polish lads from C4030. Apparently I don’t know ANYTHING about Poland. By the end of the week I felt a lot more educated! Westerpop: RAIN. It rained so bad, we all walked around looking like Fexet; in ponchos. 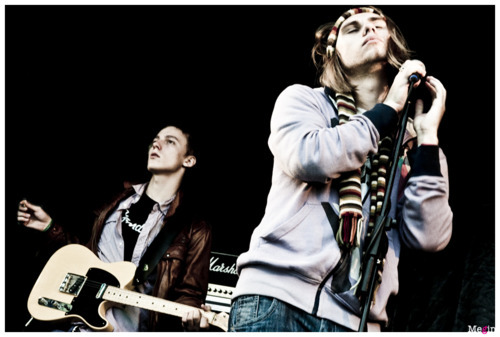 This is Zenith! On the photo are singer Ingus and guitarplayer Elvijs. You have to have respect for this guys voice. He’s the only one who didn’t lose it during the week! 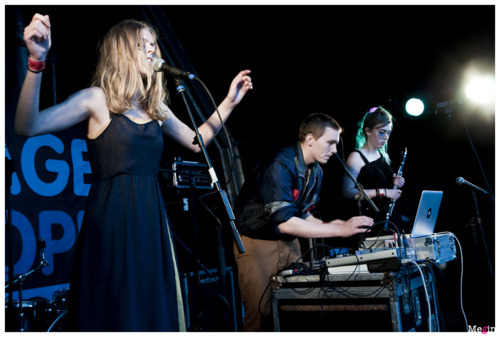 The Icelandic band: Samaris. Amazing, and very experimental. The entire crowd of Westerpop fell silent and afterward rushed to buy their cd. Another shot of Memetics, I just love it! 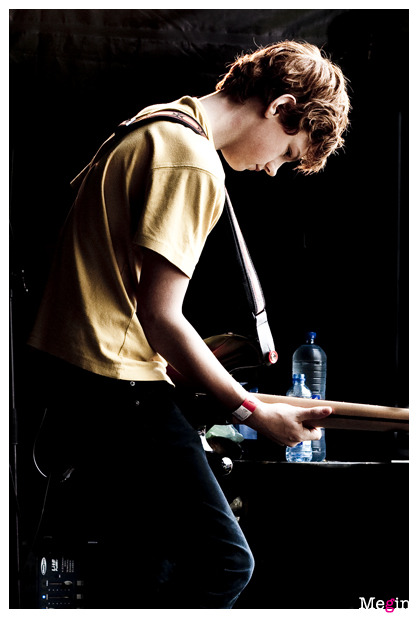 Can you tell? This photo was shot with the Canon camera from my hero Romuals (the French ‘coach’). My camera got soaked and quit. Which I completely understood, nevertheless I panicked. He saved me while my trusty Nikon was drying! Now I should buy a 50mm lens as well.. 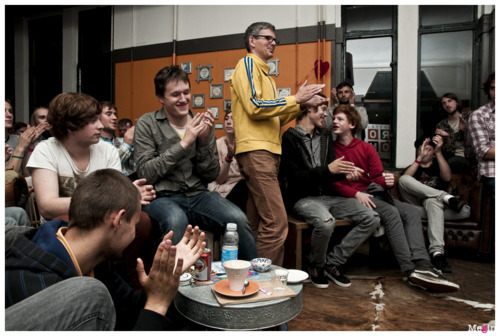 I finally located the hostel where they were all staying and joined my first night of some education. The bands explained something about the country and culture of their homes. It was great fun! Also they played some music ofcourse, and most of them tried to cover one of the other bands. Much to their amusement :) 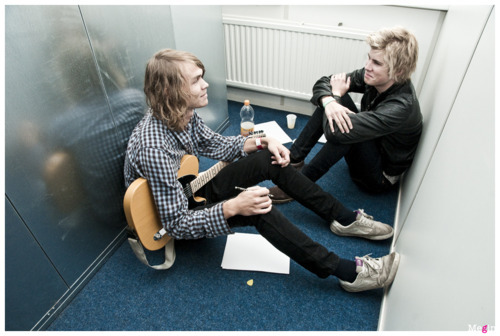 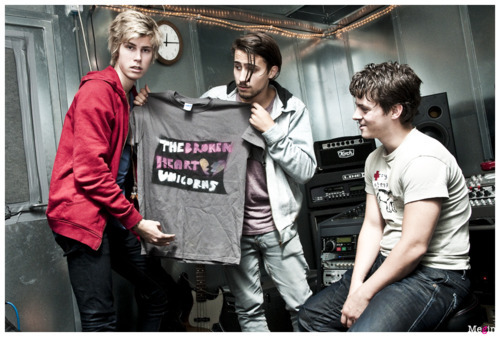 Also there was a T-shirt/Button-making workshop. Some epic stuff was made, clearly. Of course the only time I have to get a band somewhere we get stuck in traffic SO bad that we just stood still forever. We were late for this workshop, about hearing protection. It was very useful but most of the group was a tad tired.. 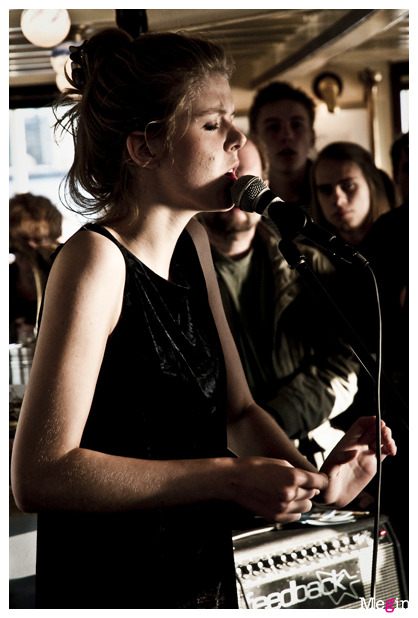 I don’t dare to try and spell her name so I will stick with the made-easy version: Jofra singing! 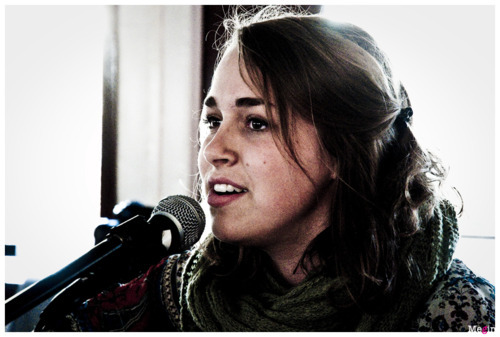 Lovely Pluck! I think this is my favorite photo of her so far and I have quite the collection by now.. Don’t you just love the sun? I really really do! 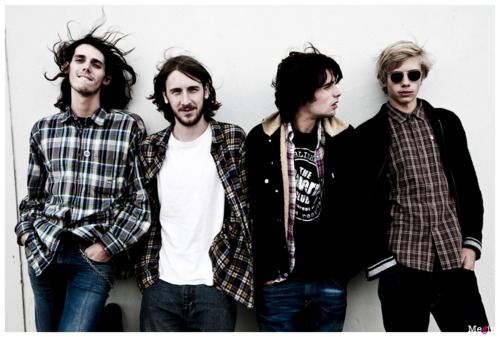 And while I’m at it: look at that flying hair! Woohoo! Lovely Fexet guys striking a pose. Some of this was filmed, mostly the parts where they were running around Rogier who was the only one really concentrating. 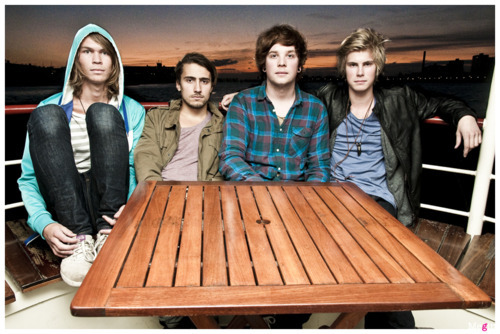 And to call it quits: the guys from Memetics. You can’t plan those skies!

I had a total blast with everyone and it was so nice to talk to so many new people from different countries. I loved it!