Today Hangover Hero releases their first self titled album. As you might remember I shot some photos for them earlier that will be in the artwork of the album, and used as promo photos as well. Good stuff!

Since I already posted those pics I’ll just stick some photos of their live-show on the Metropolis festival here, as well as a teaser that the guys had made for their now officially released album! I love the lights on Ronald here! Yeah! Keeping in mind that outside this tent it was 30 degrees in the burning hot sun.. 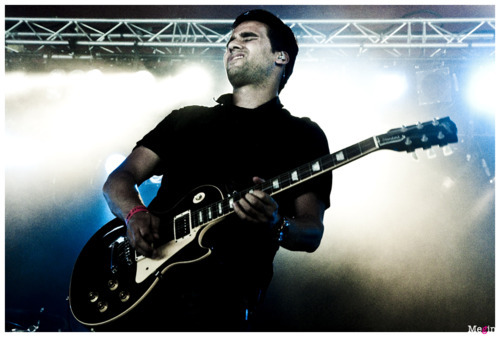 Somehow Ad always has his eyes closed when he plays.. Not sure how that works out with not falling over and all.