Ok. So. It’s quite impossible for anyone to have missed this but nevertheless, I’m posting them! In Graduation Part I was allowed to pick my own topic to make a series about. But for the other assignment I had to make a campaign for Twitter. I decided to be a bit of a critic since people use Twitter to let the world know they are ‘all out of milk’ or of course ‘waiting for the bus’. 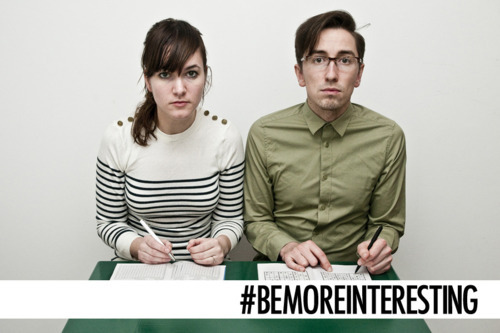 These two are Danny & Daanie. Yes, those are really their names. I want to thank you guys yet again for all your time and effort :) Awesome photos are awesome. I had a lot of fun making these photos. The hardest thing was to not laugh while making them since it would break the concentration. Afterwards we got to eat popcorn ;)

Via twitter and other social media I asked you all to join in on the project and make your own versions. You guys came up with such cool ideas I almost felt the need to expand the series (almost, the exam date was coming up hah)!

I won’t repost the entire series (again) since I kinda spammed most of you to death on twitter and facebook but if you are interested in more you can find everything right here.

Kami-Lynne and Tarek Duo (also Kami solo ha!) Yippee! Two of my favorite circus people have finally started creating ... Height Rescue Team: Nationale Nederlanden When I got the phonecall asking me if I wanted to tag along on this drill i ... More girls: Britte, Simone & Nathalie Yay! Finally! I’m so happy about the progress of this series. I also ...