As you might or might not have noticed: I graduated! Oh yeah! Which is also the main reason I kinda neglected this blog. Completely. After the last post about Tarik everything became very much, busy..

But now! I’m done! And I figure it’s time to show any of you who haven’t seen them the graduation series. Since they are as different as could be I’ll start with the one about Tarik. That’s where I left off! I have so many photos of this guy by now I can probably make a book, or two. I love this portrait because it explains so much about him, without him actually doing anything. 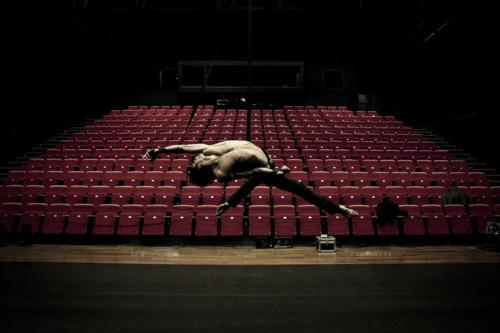 Also one of my favorites. This was in a theater all the way in Alkmaar. This is at his physical therapist. A man kind enough to tolerate me around with a camera in his practice. 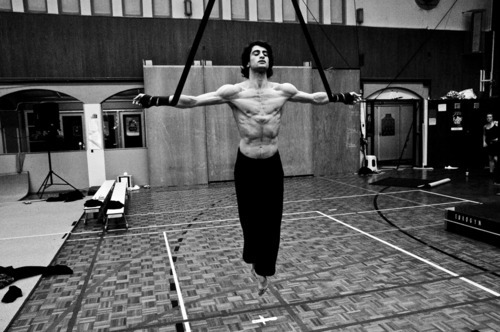 When I took the first photos I had no circus vocabulary whatsoever. Actually I still don’t. All I can tell you is that the black ropes are called straps. After a while I gave certain poses my own names though.. I think you can guess this one ;) 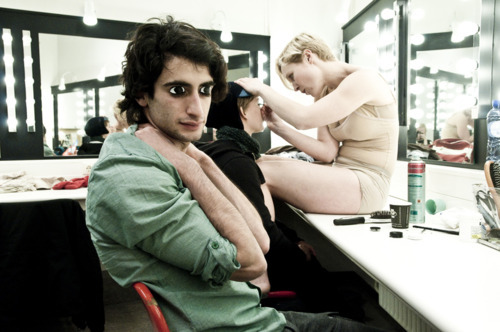 The point of the series was to not only show Tarik’s life on stage, but even more so the other side. Where he spends a lot of his time alone, training and being on the road.

I had a lot of fun making all these photos. I’m obviously not posting them all but you can imagine it took a lot of time from him and me. I love how photography can take me into a completely new world where I can just have a peek and am allowed to be amazed by it.

Kami-Lynne and Tarek Duo (also Kami solo ha!) Yippee! Two of my favorite circus people have finally started creating ... Height Rescue Team: Nationale Nederlanden When I got the phonecall asking me if I wanted to tag along on this drill i ... More girls: Britte, Simone & Nathalie Yay! Finally! I’m so happy about the progress of this series. I also ...

There has been a problem with your Instagram Feed.
Error: No posts found.